How to get Waves on the Top

Hey welcome! Once again 360 wave process is here to guide you on your journey to getting waves. Learning how to get waves has never been easier because you have this valuable information laid out for you. Please share the link to this page if you find it helpful.

Waves on The Top

You may not believe this, but getting waves on the top of your head is generally the easiest to get. For most people who attempt to get full 360 waves the order of appearance is first the top, second the back, third parts of the sides, and
lastly the connections. I’m sure you know by now that the key to getting waves is brushing your hair. To get waves on the top of your head you need to put in the work by brushing it every day. If you are a beginner you should know that you need to be brushing every day as much as you can. All throughout the day you need to get brush sessions in. When I was a beginner at the age of around fifteen/sixteen I would carry my brush

with me every where I went. I treated my brush like it was a cell phone. Even if I was just leaving to walk to the store, I’d pick up my brush and take it with me. If you want to get your waves on the top, then I suggest you pick up that same habit.

How to brush the top 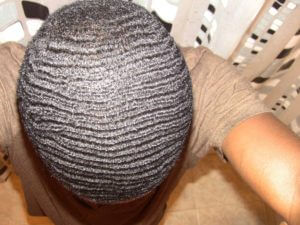 For 360 waves you need to brush your top forward. Begin at the crown and brush down towards your hair-line. long consistent strokes are the best. You want to keep your brushing angles
precise. If you change-up the way you brush your hair often then you will soon see when your waves develop that they have forks and or are crooked. It is difficult to change your pattern after the waves form, so I suggest you combat this mistake by making sure you remember the way you brush certain sections of your hair. For example you don’t want to begin brushing the top straight down and then change to brushing at a slant, and then back to slant. Moves like that are good ways develop patterns with obvious forks.

How long will it take to get waves on top 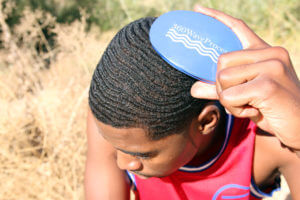 Other than that, I want you to know that the top will be the most easiest. They will come in before you know it as long as you keep up your daily brushing. If you are trying to get 360 waves, then you will see that the sides and the back take almost twice the amount of time as the top to come in. I want you to stay motivated this is why I’m letting you know this in advance.

How to get 360 waves on the top Video

31 comments on “How to get Waves on the Top”